A Business & Commerce major is the 2nd most popular major in this state. 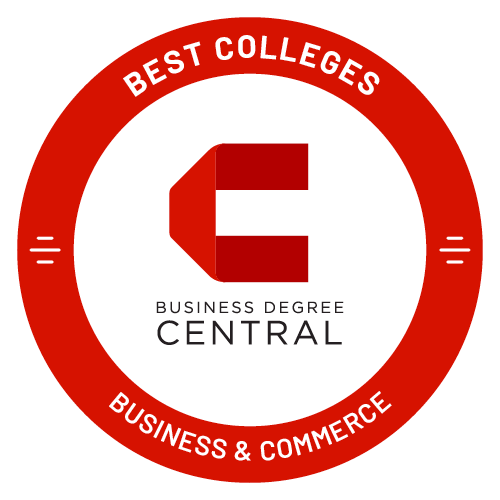 In Nebraska, a general business major is more popular with men than with women. 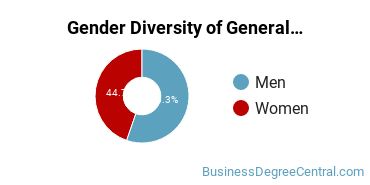 The racial distribution of general business majors in Nebraska is as follows: 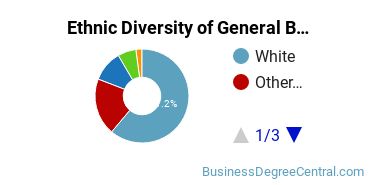 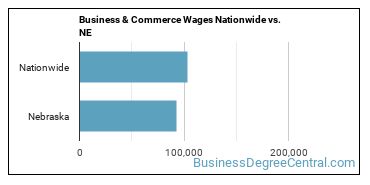 There are 10 colleges in Nebraska that offer general business degrees. Learn about the most popular 10 below:

89% of students are awarded financial aid at this school. An average student at Bellevue University will pay a net price of $12,055. Of all the teachers who work at the school, 13% are considered full time.

It takes the average student 4.17 years to graduate. The student loan default rate of 4.60% is a good sign that graduates can afford their loan payments. Students enjoy a student to faculty ratio of 11 to 1.

15 to 1 is the student to faculty ratio. In their early career, Midland U grads earn an average salary of $36,700. It takes the average student 4.22 years to graduate.

Most students complete their degree in 4.28 years. 100% of students are awarded financial aid at this school. 14 to 1 is the student to faculty ratio.

Grads earn an average early-career salary of $30,200 after earning their degree at this institution. The student to faculty ratio is 17 to 1. Of all the teachers who work at the school, 41% are considered full time.

Students who attend this public school pay an average net price of $4,227. The full-time teacher rate is 20%. 15 to 1 is the student to faculty ratio.

The student loan default rate of 6.30% is a good sign that graduates can afford their loan payments. The average student takes 4.22 years to complete their degree at Hastings. Students who attend this private institution pay an average net price of $22,107.

Of all the students who attend this school, 95% get financial aid. This private institution charges an average net price of $24,964. Graduates earn an average $49,000 after graduation.

This school boasts a lower than average student loan default rate of 1.20%. Roughly six years after entering college, graduates of this school earn $47,500 a year. 100% of students are awarded financial aid at this school.